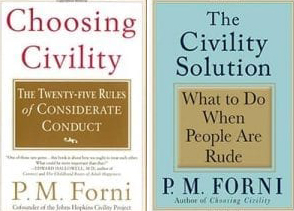 Perusing the Sunday Review in the New York Times recently, I came across a

piece by Molly Worthen, U Can’t Talk to Ur Professor Like This (May 13, 2017) that I thought deserved a share. As a beginning instructor, Worthen grappled with trying to seem cool, but she says …” [a]fter one too many students called me by my first name and sent me email that resembled a drunken late-night Facebook post, I took a very fogeyish step.” As part of her syllabus she included an attachment with basic etiquette for addressing faculty and writing “polite, grammatically correct emails.”  Worthen also cites a similar set of guidelines created by Mark Tomforde who teaches mathematics at the University of Houston. This practice may be on the increase as faculty are dealing with students whose communication skills are based on the informality of social media.

Women and minorities in particular may find that requesting students use formal titles and proper etiquette helps ensure deference not always given to non-white-male faculty. Instructors note that stating on the syllabus they wish to be addressed as Professor or Doctor Last-Name helps to establish authority. Further, linking the preference to mutual respect, by asking students how they wish to be addressed, can help to establish an inclusive classroom climate.

Providing guidelines for email will not only save you from dealing with the frustrating “Yo prof! I need to make up that exam!” type messages, but it will help students learn how to be professional in their interactions. This will serve these young adults well as they transition to the workplace. As Worthen says, “Insisting on traditional etiquette is also simply good pedagogy. It’s a teacher’s job to correct sloppy prose, whether in an essay or an email. And I suspect that most of the time, students who call faculty members by their first names and send slangy messages are not seeking a more casual rapport. They just don’t know they should do otherwise — no one has bothered to explain it to them. Explaining the rules of professional interaction is not an act of condescension; it’s the first step in treating students like adults.”